The regions of Ladakh and Zanskar 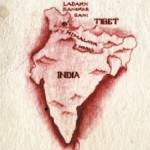 Ladakh and Zanskar are part of the Indian State of Jammu & Kashmir and form the most north-western tip of the Indian Union. For many centuries there have been close social, cultural and religious links to the neighbouring state of Tibet. The majority of the population are Buddhists, the writing is Tibetan and their language is a Tibetan dialect.
A river by the same name and fed by melt water is flowing through Zanskar. In wintertime the frozen section of the river Zanskar between Padum and its outlet into the Indus is used by the Zanskaris as their only connection with Ladakh – the infamous Chaddar trek.

The village of Sani 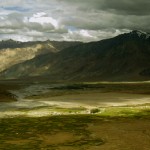 Sani is a village in the Zanskar Valley and situated at a height of 3700 m. It consists of approximately one hundred houses with more or less six hundred inhabitants. Most of the people living there either work as farmers or as cattle breeders. The standard of living is very basic, there is no running water and electricity can only be used for three hours each day. In wintertime the villages situated in Zanskar are cut off completely from the outside world and temperatures fall as low as minus 40°C.

Despite these untoward conditions, Ladakh and Zanskar have undergone a noticeable change in the past few years owing to the opening up of the villages. The beauty of the Himalayas, the cultural heritage and the friendliness of the inhabitants attract a growing number of tourists. 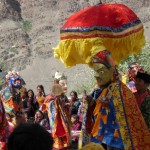 The Sani Monastery has already been mentioned in the 2nd century AD. The Indian wise man Padmasambava, also called Guru Rinpoche, is said to have lived in Sani in the 8th century. He meditated in a small cave visible from the monastery on the other side of the river Zanskar. He drove away daemons from Zanskar and he is known as the supporter of Buddhist religion in Zanskar. Another reason why Sani Monastery is one of the most holy places in the Himalayas is due to the relics of the Buddha Shakyamuni, founder of Buddhism, which are stored there. Guru Rinpoche appeared in very different forms. When he was working as a healer he called himself “Nima Odser” which may be translated into “ray of sun”. He is also the name giver of our partner organization which added the term “Sorig” to the name of the healer which in turn is the abbreviation for the Tibetan knowledge of healing.

In the Sani Monastery every year in the sixth Tibetan month (end of July/beginning of August), the Sani Nasgyal Festival takes place. Only during this time the Naropa Temple situated within the area of the monastery is opened. With the population taking part actively, mask dances are performed in the monastery square and in front of the monastery the usual retail trade and trade with devotional objects takes place.